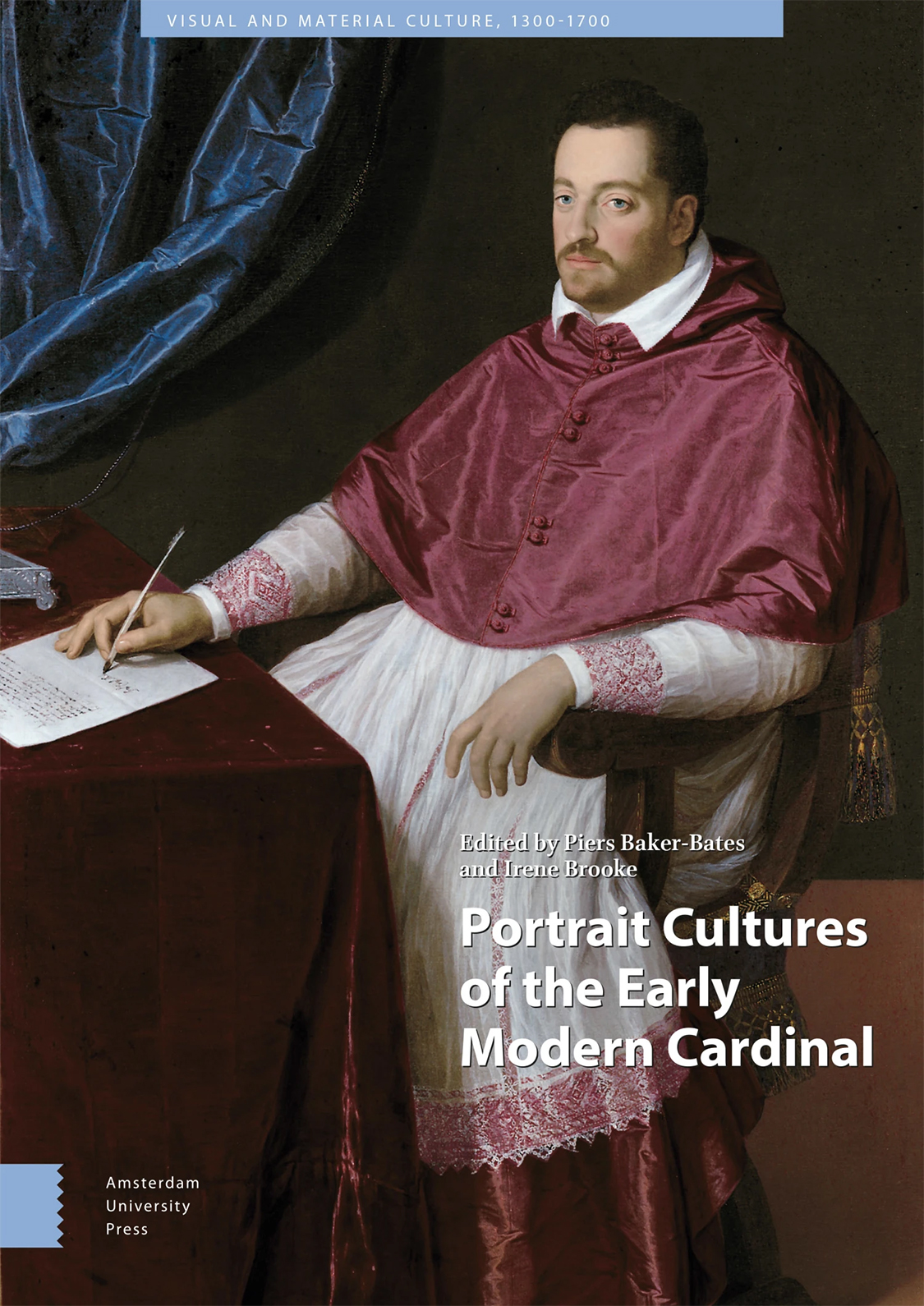 Cardinals in the early modern period did not only fulfill religious and ceremonial duties, but were influential in politics and many other parts of society. They were part of large networks, and clearly invested in their connections in and outside of the Church, as preachers, bureaucrats, diplomats, patrons of the arts and science, and sometimes even as saints. Since they represented different social status, and political and theological ideas, the use of their portraits could vary depending on the person. This edited volume on cardinals’ portraits is therefore an important addition to Mary Hollingsworth, Miles Pattenden, and Arnold Witte’s Companion to the Early Modern Cardinal (Leiden 2020), which presented us with the first comprehensive overview of the figure of the cardinal in the early modern period. Clare Robertson’s survey on portraits included in the Companion may serve as a wonderful introduction to the volume under discussion here. Her pioneering work in the field is recognized by Baker-Bates and Brooke and with this collection of essays they answer to the need for more specific scholarship on the subject. Understanding that cardinals’ portraits as artistic expressions derive from a shared historical reality, the editors seek to explore the intersections between their meaning, function, and form. The ten case studies cover the period from Pope Martin V in 1420 until the death of Pope Innocent X in 1655 and deal with various artistic mediums, including painting, sculpture, works on paper, medals, and even written portraiture. Different forms of patronage and collecting are discussed, and the question as on how cardinals understood their own position in society, is addressed. The geographical focus, with the exception of the concluding chapter, is on the Italian peninsula – a simple consequence of the fact that most early modern cardinals were born there.

The volume starts with a two-part introduction where Baker-Bates and Brooke provide the reader with an introduction to the artform, while Pattenden gives a clear overview of the cardinal as a «phenomenon» (p. 44). He also addresses the development of the concept of a cardinal throughout the early modern period and the related consequences for portraiture. The subsequent essays are organized chronologically and divided into four thematic sections. In Part I, Brian Jeffrey Maxson brings together visual and verbal portraits of cardinals in fifteenth-century Florence, while Carol M. Richardson discusses in-depth how cardinals’ effigies in Rome (1400-1520) communicate broader ideas about group identity and status. Both essays address the fact that individuals in fifteenth-century portraits were mainly identifiable by their dress and attributes; images did not have to be life-like at all. In Part II, Sarah Ferrari and Alessandra Pattanaro discuss portraits as visual propaganda, as well as the documentary function of portraiture in public spaces, where they conveyed specific historical and political meaning. Part III opens with Philippa Jackson’s essay on the relationship between pontifical mules and public identity, followed by a broad look into the display and use of (painted) cardinal’s portraits in Roman and local collections by Thomas-Leo True. Arnold Witte’s fascinating account on portraits used in late sixteenth-century and seventeenth-century religious institutions to display (and substitute) their protector highlights again that using standardized formats and forms can be highly functional. More post-Tridentine portraits are discussed in Part IV: Irene Brooke argues how some portraits can be considered as political ideology in visual form, Danielle Carrabino focuses on two life-like portraits by Scipione Pulzone, while Minou Schraven’s research on miracle-working medal portraits of a cardinal saint, touches on important aspects of the use of portraits, their production, circulation, and what they evoked. It also becomes clear that Trent gave a different impetus to the portrait culture. The volume concludes with an essay by Baker-Bates on the ideal Spanish Tridentine prelate, «moving the debate around the cardinal portrait beyond Italy as well as beyond questions of identity» (p. 344).

Several authors describe larger phenomena within portraiture culture (e.g. Jackson, True, Witte), while others zoom in on individual cardinals or artists in detail (e.g. Brooke, Carrabino), but each of the studies in this volume provides the reader with a thought-provoking case to help understand the function of these specific portraits. As said before, the volume covers a range of media, and works of art created by famous artists as well as by minor ones. This helps understand the vast variety of portrait culture and the diverse roles that these cardinals and their images took. The volume also succeeds in presenting how certain typologies evolved in these different media, although some authors achieve this better than others. What also emerges from the volume is the interesting contrast between more stylized forms of portraiture, in which function and status were easily recognizable to the contemporary beholder, and extremely life-like images of specific individuals. Following this point, what is well-explored in some of the essays, but lacking in others, is the obvious significance of the (intended) audience. Other minor issues can be found in some of the essays, where for example, no clear distinction is made between gifted, inherited, or commissioned portraits, even though this is crucial for the understanding of their intended meaning. What may have further helped the reader is a clearer definition of what, according to the editors, constitutes as a portrait; the question what portraiture is during this particular period is raised, but maybe not scrutinized enough. Therefore, the book may have benefitted from a conclusion reflecting once more on these ideas.

Notwithstanding, shared ideas and conclusions clearly emerge across the essays, giving the volume the desired cohesion. By considering cardinals’ portraits as a distinct category within early modern portraiture and a specific art historical phenomenon, the volume is a valuable addition to the existing literature, well-illustrated, and a thoughtful answer to the need for more specific scholarship on this subject. It also provides a very welcome addition to (art) historical studies on patronage and collecting of early modern cardinals.