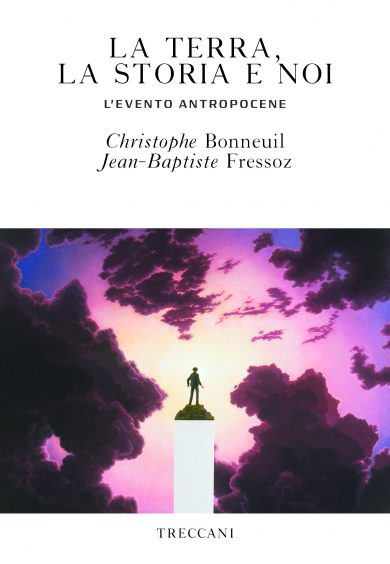 Christophe Bonneuil and Jean-Baptiste Fressoz’s La terra, la storia e noi. L’evento Antropocene is certainly a book that contains several interesting insights on what is perhaps the trendiest expression in current environmental scholarship – certainly in the environmental humanities. Written in a concise and provocative prose, the text might constitute one of the most original critical takes on this geological term originally coined by a group of earth scientists who tried to make sense of our planet’s unprecedented anthropogenic transformations. As the authors declare quite explicitly in the first page, their book is aimed at understanding the historical causes behind what they bluntly define as a «parola barbara», an ugly word (p. XIII). In their opinion, the Anthropocene is both a historical epoch and a condition, a sign of power, but also one of impotence of the human race, capable of altering the ecological equilibriums of the biosphere to an unprecedented extent.

However, La terra, la storia e noi is not just another historical treaty attempting to assess the main causes that have led humanity to profoundly alter the earth’s chemical and biological cycles, but a blunt critical take on the multiple meanings that the word seems to convey. According to Bonneuil and Fressoz, while the «Anthropocene label» effectively conveys the sense of humankind’s increased impact and influence on global ecological balances, it tells a partial story in terms of identifying the historical actors behind this epistemic transformation. As the authors openly declare towards the beginning of the text, we should not act as «ingenui che a un tratto scoprono di aver trasformato il pianeta», astonished ingénues who suddenly discover they are transforming the planet, considering that several people «hanno fortemente voluto e attivamente plasmato questa nuova epoca», actively willed this new epoch and shaped it (pp. XIII-XIV). In this sense, the authors’ main argument seems to echo that of other thinkers, who have discussed the social and political implications of the Anthropocene epoch over the last years. As the authors explicitly declare, «L'evento geologico Antropocene è al tempo stesso un evento politico», besides being a geological event, the Anthropocene is at the same time a political event (p. 29).

What is new about Bonneuil and Fressoz’s book is their extensive historical analysis of the causes and actors that have participated in the making of the Anthropocene. Thus, in its attempt to address political agency and detecting the socioeconomic drivers behind game-changing biological and climatic transformations, La terra, la storia e noi is a research work that mainly dialogues with emerging disciplines such as environmental history and the environmental humanities. Such a critical aim clearly emerges in the first two parts of the book, outlining the text’s main theoretical arguments and deconstructing what the authors define as the Anthropocene's «grand narrative». According to the authors, the latter task is essential to disentangle our understanding of this phenomenon from the realm of science alone, thus politicizing the term.

Indeed, this  task constitutes the core of the book and is certainly its most valuable contribution. The third part is divided into seven chapters analyzing different aspects of the Anthropocene. Each section is provocatively renamed according to the different geo-physical and ecological consequences, finding an alternative «–ocene» label. These are, respectively, the Termocene (air pollution, mainly CO2), the Tanatocene (the environmental impacts of the military-industrial complex), the Fagocene (mass consumerism since the end of WWII), the Fronocene (the rise of environmental awareness and its scant practical accomplishments), the Agnotocene (the internalization of the problematic notion of a limitless and fluid nature), the Capitalocene (the historically unequal ecological exchanges between different countries at the core of industrial processes – and by extension – of the current global ecological crises), and finally the Polemocene (the need to adapt techno-scientific fixes to social forms of mobilization in order to overcome the current state of things).

Although the authors’ profoundly critical take on the earth sciences and their aims might at times feel almost hyperbolic, the book’s overall argument is certainly more than legitimate: while the Anthropocene is certainly here to stay, it definitely did not appear out of nothing and some actors definitely played a more crucial role than others in shaping its historical trajectory and present-time outcomes. In itself, La terra, la storia e noi was clearly conceived as a rather fierce yet skillfully argued critique to current scientific discourses and economic trends. However, if examined through a non-biased lens, its multilayered and well-documented arguments could potentially constitute yet another step towards a more engrossing dialogue between the hard sciences and other areas of academia and civil society, an essential task in order to enhance our understanding of the complexities and challenges brought on by the Anthropocene.