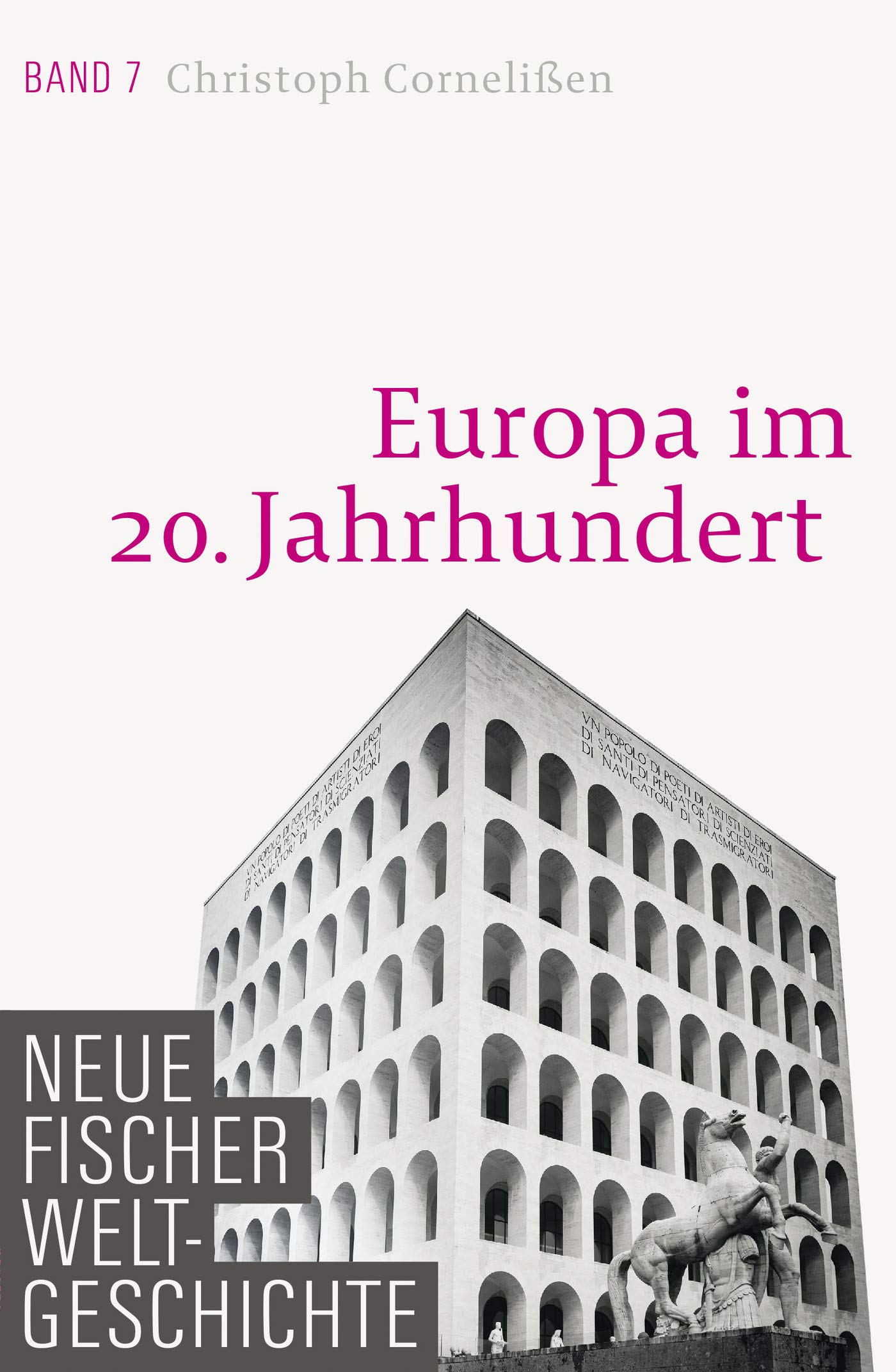 This fine volume is the first synthesis of twentieth-century European history to be penned by a German author in a very long time. While the Anglo-American publishing sphere has seen a steady succession of books surveying this vast topic, the deep ruptures of the Second World War, the Holocaust, and the post-1945 division of Europe have impacted the logic of publications in the German-speaking world: German treatments tend to choose a period either before or after 1945. That was also the case with the predecessor to the series this book belongs to, the so-called «Fischer Weltgeschichte» (published between 1965 and 1983, which dedicated two volumes to twentieth-century European history). The decision to re-launch the highly successful series and commission new books raised the possibility of treating Europe’s twentieth century differently; that is the background to the longer period under investigation in this contribution to the «Neue Fischer Weltgeschichte». The new volume also transgresses another chronological boundary: rather than reducing the twentieth century to the short Hobsbawmian frame bookended by the First World War and the end of the Cold War, it also covers the three decades since. Doing all this in a single volume is obviously a daunting task.

Christoph Cornelißen is a professor of Modern History at the University of Frankfurt am Main and, since 2017, director of the Istituto Storico Italo-Germanico in Trento (Italy). Fundamentally, he structures the book in chronological order. After an introductory part of some 50 pages, he adopts the established divisions of political history: a comparably short treatment of the demise of the «old Europe» before and during World War I; the epoch of «great crises» from 1919 until 1939; in line with recent research trends, a comparably long discussion of World War II under the apposite title «first total war - second global war»; and post-1945 reconstruction and consolidation in East and West. The penultimate section on the 1970s and 1980s examines their peculiar mix of East-West détente and tensions, the rise of European cooperation and the fall of the Mediterranean dictatorships first and then of the communist regimes, as well as exploring the constellations of economic malaise and globalization. The sixth and final part discusses Europe since the end of the Cold War and thus brings the story up to our own time. Each of these six parts addresses political, cultural, economic and social issues, although the political ones – broadly conceived – prevail.

This choice is also reflected in the book’s three main threads (the book the term used is «Kraftzentrum»[ p. 24], which can be translated as driving force, driver or thread): as the first and most powerful «Kraftzentrum», Cornelißen identifies the nation state with its towering importance for twentieth century European history. Despite the remnants of empire and new efforts to promote international organization, Cornelißen argues that the nation state proved remarkably stable as the keystone of political organization throughout Europe’s twentieth century. The second thread is modernity in its various shapes and forms, in particular the economic and social changes involved in the shift from the industrial variant instituted during the last third of the nineteenth century to a much more globalized, post-industrial permutation in our own time. The third – and probably most surprising – thread is the perceptions and imaginations of Europe, which often drove change by reflecting or triggering international convergences between political and social structures. In this context, Cornelißen examines debates about Europe and its place in the world, as well as the role of institutional formats including the European Union and its predecessors, which both resulted from and promoted such ideas.

The three threads allow Cornelißen to move beyond conventional ways of framing his material. The book has an excellent balance between larger and smaller countries, East and West (while also bringing in many examples from Europe’s Mediterranean countries), centers and peripheries. Despite its emphasis on the role of the nation state, history is not parceled out as national history; instead, the author adopts an emphatically transnational approach that very successfully demonstrates the heuristic potential of approaching Europe from its margins. Cornelißen has held research and teaching positions in Prague, London, Bologna as well as at various German universities, and this pan-European experience has rubbed off very positively on his book.

Unlike other authors in this genre, who come out with stark overall arguments (e.g. Europe’s decline, the fragility of its democratic order or, alternatively, the positive sides of «social Europe»), Cornelißen is rather reluctant to present a central claim holding the whole book together, beyond his argument that Europe remains a distinct world region despite globalization. He pays commensurate attention to counter-tendencies, asynchronicities and paradoxes, and avoids telling a simplistic moral tale. The vast material is effectively organized and systematized, and his observations and interpretations of concrete processes and phenomena are mostly sound and often surprising. For instance, he argues that it would be wrong to regard the interwar period purely as a phase of European de-globalization, given the wealth of interconnections not reflected in trade figures. The book is particularly impressive in placing European history within a global framework and drawing out the links to other world regions as well as the specificities of European developments. Migration is a good example. Besides dealing with the broad intra-European spectrum from labor migration to displacement and asylum, Cornelißen also discusses the global dimension of movement inside and outside Europe. Or, to cite another example: he pays particular attention to Europeanization processes –  «from above», most importantly in the form of the EU’s predecessors, but also «from below», for instance in popular culture and international tourism. Here again, he eschews the simplistic narratives of «ever closer union» and continuous convergence or demise and disintegration. Instead, Cornelißen guides his readers through the maze of often ambivalent and contradictory processes that in toto created the specific character of Europe’s twentieth century. Overall, therefore, this «European» thread works well in relation to the long twentieth century under consideration, and the same holds true for the attention paid to the nation state as a formative principle of political organization. While not culminating in a bold argument casting European history in a completely new light, the three «Kraftzentren» certainly prove analytically productive.

A study of such vast dimensions must inevitably focus on key issues, overarching trends and specific examples to elucidate larger points. Given the challenges of the genre, the volume is remarkably successful in delivering a truly accessible, highly informative, and well-balanced account of Europe’s twentieth century. Obviously, other choices could have been made. One aspect that might have deserved more attention as an arc in its own right is the environment – beyond the questions of environmental degradation and protection that are mentioned here and there in the context of industrial and economic modernity. Also, the findings on the «modernity» thread could have been made more explicit. However, these are minor aspects: this is a very impressive book that superbly masters an enormous range of topics. One can only wish it may find many readers.