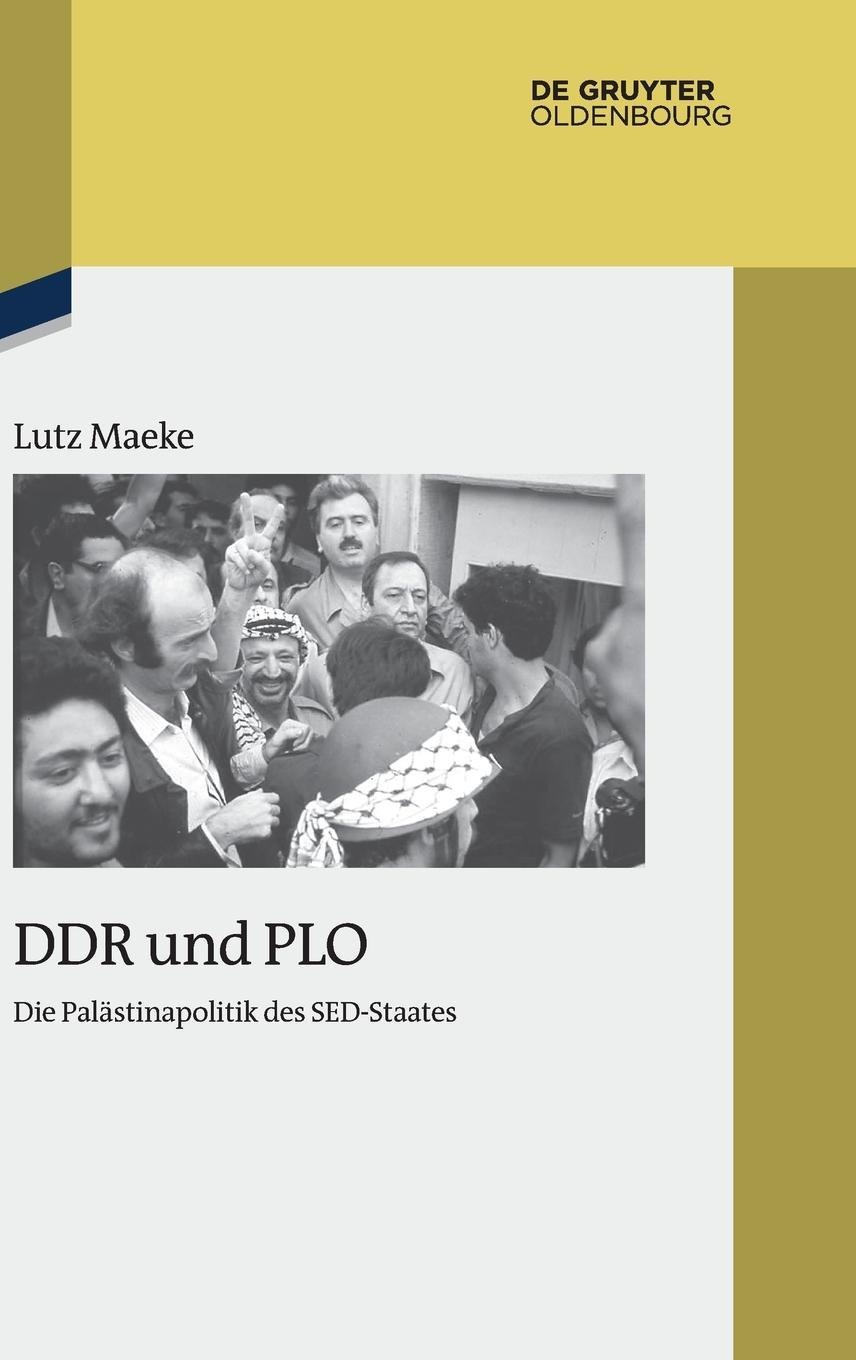 The work by Lutz Maeke covers a topic that has been either briefly touched upon or only cited in literature, but has never been dealt with in detail and with the systematic use of archival sources. On the one hand, most recent works on the Middle East policy (Nahostpolitik) of the German Democratic Republic (GDR) focused on relations with Israel or Syria, two key-players for the Palestinians, but paid brief if not scarce attention to the specifics of the Palästinapolitik of East Germany. On the other hand, most of the historical or political essays on the GDR policies vis-à-vis the Palestinian question are either based on official declarations, media release, or biographical accounts and interviews. No doubt about the latter’s relevance as historical sources, both for the construction of public consent and legitimacy: as the author convincingly argues, one should not underestimate the true and frank solidarity towards the Palestinian forces that inspired many GDR citizens and officials. However, these works have not accounted for the tensions that featured the relation between the Sozialistische Einheitspartei Deutschlands (SED) and the Palestine Liberation Organization (PLO) leaderships: tensions that could already be detected between the lines of official declarations and ceremonials but were yet to be fully explained (pp. 2-3).  As such, the work by Lutz Maeke fills a historiographical void for those interested both in the international history of the GDR, Palestine, and the Middle East dimensions of the Global Cold War.

The look is pretty ambitious and covers the whole existence of the GDR but, as events unfolded, the bulk of the research focuses on the 1970s and 1980s, when relations between the socialist country and Palestinian forces reached their peaks thanks to their assertiveness in Middle Eastern and Cold War politics. In sum, the author argues that discord and confrontation (“Zwietracht und Konfrontation”, p. 496) featured in most of the relationship between the SED leadership and Yasser Arafat. More precisely, despite brief moments of convergence, Berlin was always skeptical and wary of Arafat’s Fatah movement, which dominated the PLO umbrella organisation: deemed as bourgeois, reactionary, and Islamic-leaning during the 1960s (p. 36), the SED officials did not trust it and granted their consistent support to other leftist forces in their bid for Palestinian political leadership: namely the Democratic Front for the Liberation of Palestine, the Popular Front for the Liberations of Palestine (and its offshoots), the Palestinian Communist Party, the Syria-backed al Saiqa’ movement, or Abu Nidal’s group (pp. 75, 124). These were labelled as the true progressive forces, which would couple the national liberation struggle with socialism, and ensure the strategic linkage between the Palestinian question, the Arab world and socialist countries. Such policy of political differentiation among Palestinian forces endured until the demise of the GDR in 1990 (pp. 183, 281, 362, 449), which was quite significant when compared with other cases in the Arab world, like Egypt, Iraq, or Syria: here too, support was granted to socialist and progressive parties and movements, but was soon subordinated to the priorities and changes of inter-governmental relations with nationalist forces, both “progressive” or “conservative”. As a matter of fact, the very absence of a Palestinian state, which to deal with along the more classical patterns of state-to-state relations, set the GDR’s Palästinapolitik on two main lines: first, to boost their ideological preferences without endangering key economic or diplomatic interests; second, to link and subordinate the Palästinapolitik to the relations with strategic partners (Schwerpunktländer) in the region, most prominently Syria under Hafiz al Assad, beyond the obvious Soviet Union.

Following the diachronic analysis of the author, the GDR invited the PLO chairman to Berlin in 1971 and signed the first cooperation agreement in 1973 under pressure from Moscow (p. 93), which wanted to link up the PLO to the Soviet camp; in 1976, 1982, and 1983 it sided uncompromisingly with Syria against Arafat during the civil war in Lebanon and followed Damascus in undermining his rule within the PLO Central Committee (pp. 191, 213, 281); it worked hard to contain Arafat’s “bandwagoning” between Cold War camps and in particular the Federal Republic of Germany and the European Communities in the 1970s (pp. 151, 170, 248) as well as Jordan and Egypt in 1984-1985 (pp. 197, 281).

One might thus explain the paucity of GDR material and political support to the PLO if compared to other national liberation movements worldwide (pp. 197, 329, 348). The same goes for the caution of GDR intelligence to deal with the PLO security services since 1979, which were known to work with West Germany and the global terrorist “Carlos” as well (pp. 241, 244). Here again, the Ministerium für Staatsicherheit (MfS) granted support to PLO and Palestinians actions whenever these suited the GDR policy: preventing actions against Syrian officials in 1985 (the “Orient” affaire, p. 390); infiltrating and manoeuvring Palestinian intelligence to disrupt Arafat’s efforts to approach the United States, as in the case of the Libya-led terorist attack on US soldiers at the “La Belle” discotheque in West-Berlin in 1986 (pp. 390, 435), in which a MfS collaborator (alias “Alba”) participated (p. 409).

Ultimately, DDR und PLO is an excellent example of how research in international history might be conducted in terms of scope and depth. The author collected, analysed, and compared most of the existing and accessible archives concerned with the different issues here at stake: from diplomacy to political and theoretical issues, from economic to social and cultural ones. Most archives are located in Germany while other sources are stored in the United Kingdom, the United States of America, and Israel. Prof. Lutz Maeke thus made a big step forward in our understanding of the history of international relations of the GDR and the PLO. Notwithstanding, further enquiry on the topic is needed; we now look forward to a parallel, archival research on both the Palästinapolitik of the Bundesrepublik Deutschlands and the Deutschlandspolitik of the PLO (despite all problems concerning sources), or, moving ahead, to a fully comprehensive triangular history of the relations between the PLO and the two Germanys. As such, there is still work to be done.