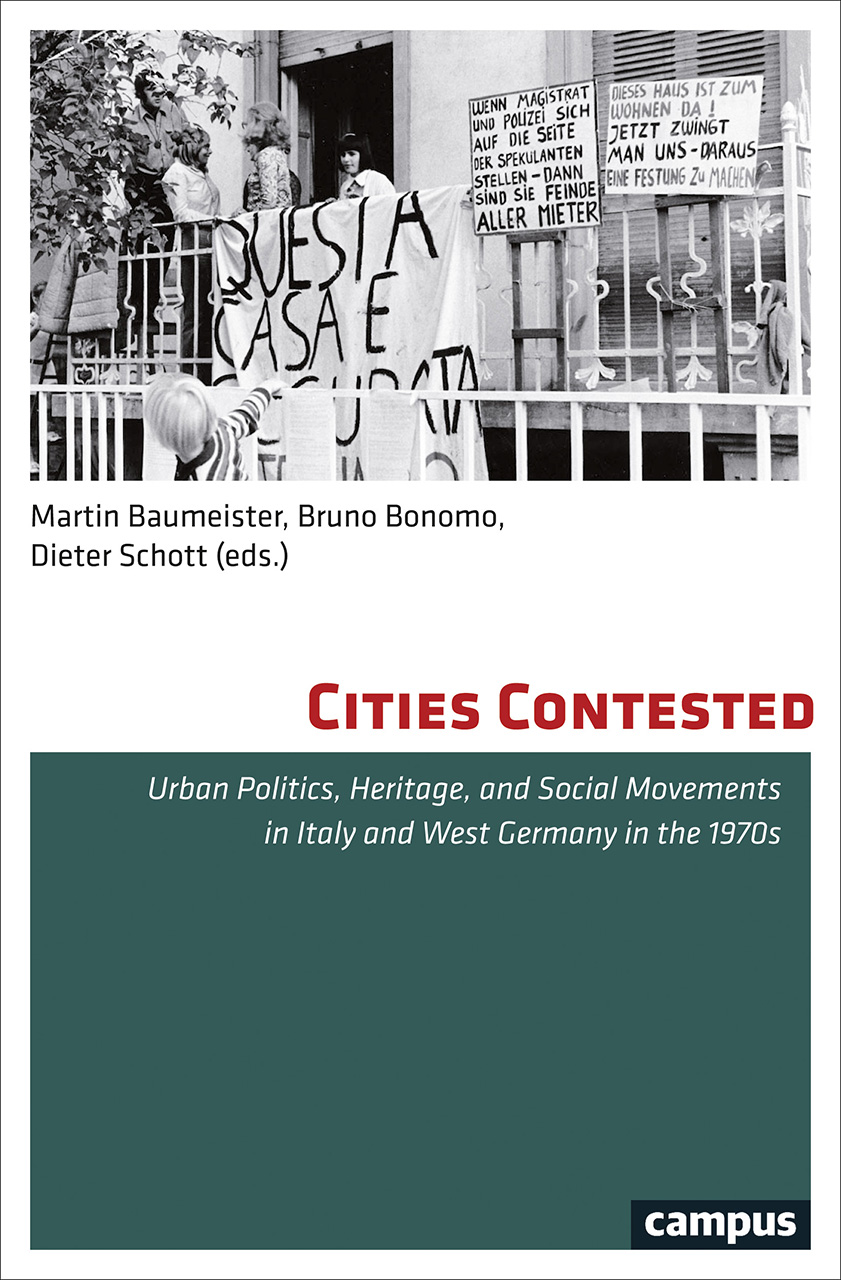 This edited collection of essays richly reconstructs and interprets the urban crisis of the 1970s, taking a comparative perspective on Italy and Germany. More specifically, the volume is structured into three main sections: the first one provides a rather broad exploration of social imaginaries surrounding urban politics and city visions, the second pivots around debates on urban heritage and the strategies for the historic city, whereas the third one sheds light on social movements and contentious urban politics, with a focus on the movements for the right to housing.

The urban crisis of the 1970s was accompanied by narratives of decay, pollution, criminality, and social unrest that allegedly made city living problematic, if not hopeless. Clearly, the discourse of crisis was widely circulated by planners, politicians, and activists in order to pursue their respective agendas. It is thus important to reconstruct such a discourse as a critical historical moment in the elaboration of the “urban disorder” thesis that has been central in urban studies in the following decades. As the contributors to this volume extensively document, the 1970s were a period of political and social turmoil, where extremist militancy and social experimentation merged and clashed in previously unpredictable ways.

The Introduction by the editors is extremely helpful to clarify and rationalize the framework for the essays collected in the volume. All the most important long-term social and historical trends concerning Italy, Germany, and other Western European countries are outlined here. In an important opening essay, Lutz Raphael also places the two countries under scrutiny by highlighting similarities and differences as concerns social and institutional structure, political system, demography,l and culture. Besides comparison, cross-country phenomena were also eminent at that time and are accounted for in the volume, including for instance the Italian migration to Germany (documented in particular in the chapter by Prontera) and the inspiration Italian radical politics provided to German activists (mapped by Anders, Sedlmaier, and Haumann).

In many respects, it appears that, in the 1970s, Italy was the country that showed more extreme trends than Western Germany, including the breaking down of old entrenched family models, an economic crisis that resulted in massive industrial unemployment, and mass-scale radical politics with a lot of street struggle. As documented in Bartolini’s chapter, urban debates inside the Italian Left became pervasive as soon as several municipal administrations were gained by the Communist Party. The city soon appeared as a decisive political stake across the progressive vs conservative political spectrum. Many observers understood it was no longer enough to juxtapose the city to the countryside (as in the older strapaese vs stracittà literary debate), but it was necessary to tackle urban culture and city space itself as crucial political testing moments in the progressive or even revolutionary program. In this context, it is interesting to notice how the launch of a number of new cultural policies by leftist administrations provided a blueprint for the development of the following seasons of urban cultural economy, as Colozza explains in his chapter – which are now, it should be recalled, an integral part of neoliberal city management. At the same time, social class inequality and South-to-North inner migration were mirrored in large housing projects launched in the sprawling urban landscape, with often complex and mixed results (see the chapters by Vidotto on Rome’s Corviale and by Cristina on Villaggio del Pilastro in Bologna).

Concerning the debates on historic city centers, the many tensions between old-style preservationism and thrusts towards innovation (including modernization, sanitation, but also neighborhood upscaling) are researched in the chapters by Vinken, Zucconi, Bodenschatz, Ulshöfer and Nucifora. The contributors offer various case studies, highlighting how the notion of “bene culturale” first emerged in Italy and went an to become a successful key to crafting policies where the cultural heritage of historic cities was to be reconciled with modern urban development. Not often was the equation smooth to attain, as different rationalities proved hard to reconcile and often added to the social tensions already at play. The second section, thus, naturally connects to the third one on mobilization. The range of contentious urban practices imbued with varying degrees of political consciousness – including for instance tenants’ rent struggles, illegal squatting, anti-eviction actions, autoriduzione, etc. – is excavated in the chapters by Anders and Sedlmaier, Haumann, Villani and Wicke, including vivid visual documentation of the time.

As every book, this one also has some limitations, especially as concerns coverage: Italy seems more extensively investigated than Germany; similarly, while the cities of Rome and Bologna certainly constitute important cases, they are far from representing the whole of Italy. To this, one may add a certain overlap across different chapters, where the same information is conveyed more than once. Nonetheless, the book provides a rich documentation of the 1970s urban transformations in two European countries and will be of interest to readers in not only urban history, but also urban planning, human geography, and cultural sociology.