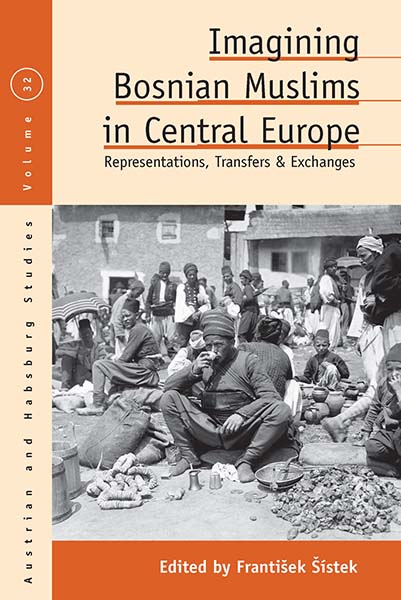 The volume edited by František Šístek is a useful addition to the literature on the imagology of the Balkans. In light of concepts such as Edward Said’s Orientalism, Andre Gingrich’s frontier Orientalism, Maria Todorova’s Balkanism, and Edin Hajdarpašić’s notion of (br)other, the authors of the volume highlight the Central European gaze on the Bosnian Muslims across history, with a specific focus on the four decades of Austro-Hungarian occupation of Bosnia and Herzegovina (1878-1918). These representations proved to be co-constitutive of the very identity of Bosnian Muslims, fostering its development and transformation, and shaped the policies towards Islam in the Habsburg Empire and its successor states until today.

The 13 chapters of the book, mainly written by Central European and Western Balkans scholars, provide a comprehensive exploration of the topic, through different angles and disciplines. If one specific shortcoming may be remarked, it is rather the wide heterogeneity among the various chapters.

While Božidar Jezernik provides an introduction to the development of the Bosnian Muslim nation, in reaction to pressures for assimilation into Serbian and Croatian national identities, in a central chapter of the book Clemens Ruthner makes a compelling case for understanding Habsburg rule over Bosnia as colonial, due to its character of military conquest, political domination and economic exploitation, thus opening up to the use of post-colonial approaches of inquiry to this case of «a kind of Austrian quasi colonialism».

Three chapters are devoted to the gradual (albeit not linear) transformation of the image of Bosnian Muslims from the old image of the cruel Turk, to more nuanced if not positive views. Ladislav Hladký and Petr Stehlík reflect on the perception of the Turkish threat in early modern Central Europe. Martin Gabriel focuses on the ambivalent perceptions of the Bosnian Muslims in the German-language Austro-Hungarian press during the 1878 military campaign. František Šístek highlights the growth of a notion of shared Slavic brotherhood as part of the Habsburg civilizing mission in Czech literature, travelogues and memoirs.

Two chapters of particular interests concerns education and religious institutions during the Habsburg period. Oliver Pejić focuses on the adaptation of school textbooks to a more nuanced portrayal of Bosnian Muslims, concerned with fair representation and the removal of offensive content – also to ensure the loyalty of the Muslim landed class. Zora Hesová highlights the process of institutionalization of the Islamic Community of Bosnia and Herzegovina – «the single most formative legacy of the Bosnian encounter with the Austro-Hungarian state», that continues to characterize today’s Bosnian form of organized Islam, with a unique level of autonomy and self-administration, often hailed as «a possible model for a future Islam of Europe».

Specific narratives on the Bosnian Muslims across the nineteenth and twentieth century are investigated in the chapters by Charles Sabatos, on the works of Vjenceslav Novak and Rebecca West, and by Bojan Baskar, on the Croatian Anthropologist Vera Stein Erlich. Both West and Stein Erlich viewed Bosnian Muslims through the lenses of their own identity and interest: West as an Anglo-Irish, with her sympathies for the Serb cause and the Yugoslav Kingdom, leading her to stress the superficiality and impermanence of Bosnian Muslims identity; and Stein Erlich as Zagreb Ashkenazi Jew, with her Austronostalgia and fascination for Mexican culture, which makes her see Mexico as «another Bosnia». In a separate chapter, Marija Mandić analyzes the reproduction of stigmatization through discourse in use of the Serbian proverb «A Turk-Convert Is Worse Than a Turk», also based on the trope of betrayal by Bosnian Muslims of their own identity and faith.

The final section is more concerned with today’s situation, including the living experiences of migrant communities and the diaspora. Alenka Bartulović describes the changing images of Bosnian Muslims in Slovenia from the 1970s till today, noting how the emphasis on the rural/urban divide concealed racism and islamophobia which existed in socialist Slovenia and resurfaced in the 1990s. She also notes how some Bosnian refugees managed to contrast such stereotyping thanks to the (re)discovery by the Slovene cultural scene of sevdah as a typical Bosnian urban music genre. Aldina Čemernica explores the identity constructions and religious views among young people of Bosnian Muslim origin in Berlin, who maintain diverse and individual interpretations and practices of Islam. Merima Šehagić finally, problematizes the images of Bosnian Muslims as successful immigrants, discussing the intersection between race and religion, and the relative whiteness of Bosnian Muslim immigrants, which allows them to legitimize their presence in European host societies but does not shield them from discrimination as Muslims.

As noted by the editor himself in the conclusions, while much interest is devoted to the image of Bosnian Muslims in Central Europe in the Habsburg period, the Yugoslav twentieth century would deserve more attention. One emblematic figure in this regard, I would suggest, is the Srebrenica-born architect Selman Selmanagić, who will leave an important trace in socialist East Berlin. Active in the Near East in the 1930s, in writing to a friend Selmanagić reflected on his position as a Communist and Muslim architect with both Arab and Jewish customers in a land of increasing tensions: «I saw that [belonging] depends on outer form. If I wear a fez they think I’m Muslim; if I don’t, they don’t. I reject all theories of races and religions, as I know this just stems from general capitalist developments. But to live, I had to play their theatre despite my views»[1].