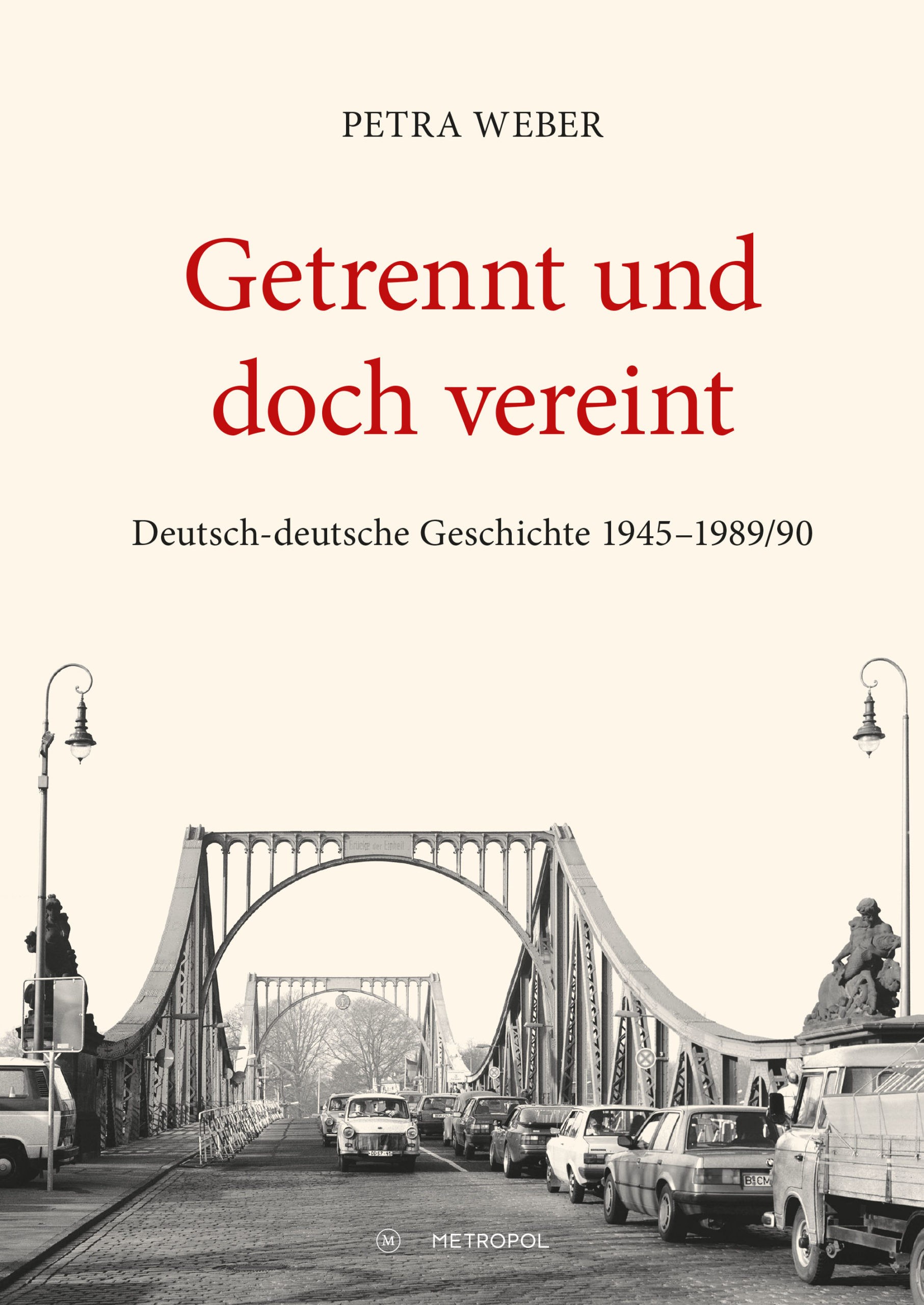 The history of divided Germany was initially written as the history of two separate states until the 1980s and, from the 1990s onwards, inspired by Christoph Kleßmann’s «asymmetrisch verflochtener Parallelgeschichte» (asymmetrically interwoven parallel history) as a history of relationships and interdependencies. Since then, more case studies and anthologies on cultural or political aspects have been published, striving for a more integrated writing of German contemporary history. Last year, Petra Weber published Getrennt und doch vereint. Deutsch-deutsche Geschichte 1945-1989/1990, a monumental monograph of almost 1,300 pages, which not only bundles the findings of diverse studies about German contemporary history and thus incorporates various research trends, but also aims at telling a thoroughly integrated history of divided Germany with an equal consideration of the Federal Republic of Germany (BRD) and the German Democratic Republic (DDR). In doing so, she presents the history of German division as a process of demarcations and dependencies, of commonalities and differences, without – as was often the case in the past – transferring West German patterns of organization and interpretation to East German history.

Weber’s monograph, despite its comprehensive claim – thematically as well as temporally – is deliberately not intended to be a «Meistererzählung» (master narrative) and it is not based on a central thesis on German division or reunification. While this may seem odd at first glance, it offers the possibility of flexibility in the respective subchapters. This way, it achieves the art of summarizing current publications and trends in research, but also of connecting to the more specific research landscapes in each case.

Weber organized her monograph into several levels. First, she divided her study chronologically into three major chapters, introduced by a brief reflection on the immediate post-war period 1945-1948 and closed by an epilogical chapter on the reunification. Each of the three main chapters (respectively about the peak phase of the Cold War between 1948-1961, the détente and reform efforts of the 1960s and 1970s, and the 1980s) are then further dissected into five subchapters, which are initially devoted to political and diplomatic and then to economic, cultural and social aspects. On the one hand, this approach helps to achieve the goal of viewing German-German history in an integrated perspective, due to the possibility of looking at the aspects one at a time transnationally; on the other hand, the fact that political-historical issues are tackled in the first place and given more space means they are considered more relevant than cultural-historical ones by the author. This is not surprising, as Petra Weber has so far published mainly on the political history of the Federal Republic and the GDR. In such a perspective, a view «from above» dominates, but nevertheless, the author does not neglect the population in her observations and always addresses social, cultural and economic aspects. Weber effectively works out macro processes, while simultaneously bringing relevant, concrete examples, which contributes to the reading’s allurement. For instance, she does not only address the fact that the court cases of the 1960s on National Socialist crimes were instrumentalized by the DDR to portray the BRD as the successor to the Third Reich, but also anecdotally points out that the Ministerium für Staatssicherheit (STASI) considered its own strategy a success, since between 1965 and 1968 allegedly more than 300 people in the BRD lost their jobs (p. 794).

Weber intends «to tell German-German history as a parallel, contrasting, comparative, perceptive and relational history», however without ignoring the differences between democracy and dictatorship and attempting to compare the incomparable (p. 15). Due to the bi-national approach of the volume, the German-German relations are also elaborated on, as characterized by demarcation and dependency. However, the perspective on the international integration of the two German states is partly missing. Certainly, the relationship between the BDR and the DDR was a special one, but the international interdependencies must also be considered in order to understand the relational development of the BDR and the DDR in relation to each other. Although the rather marginal consideration of international interdependencies could be seen as a weak point, it also must be emphasized that the international perspective is not the primary aim of Weber’s publication, even though a multilateral view considering the relationships with the USA and USSR, as well as with the United Nations or Israel, might have further widened the perspective and thus avoided an overestimation of the German-German relations in some passages of the book.

Overall, publications such as this one are usually not only directed towards a scholarly audience, but also towards a broader readership and therefore, due to this hybrid character, they have to perform a balancing act between an easy-to-read text, free of presuppositions as much as possible, and the communication of new insights which can contribute to the advancement of the research field – a goal that has been achieved. Through a pleasant writing style, episodic retrospectives and interwoven explanations and digressions, Weber succeeds in telling the complex story of German division in an appealing and interesting way. Not least, the rather detailed table of contents and the index of persons are certainly helpful for those who actively work with the book, insofar as they help looking for specific parts or details.

With Getrennt und doch vereint, Petra Weber has presented a study that is not only interesting to read but succeeds in a difficult task: to survey and concisely summarize the broad field of research regarding divided German history with its now innumerable studies. Weber's precise research can already be seen in the over 125-page list of sources and literature, including newspaper reports, sources from the ministries, but also letters and more.

One of the few things this book is missing so far, is an English translation, so Petra Weber’s great work receives the international attention it deserves and more academics and a broader readership can enjoy it. Besides important volumes such as Ulrich Herbert‘s Geschichte Deutschlands im 20. Jahrhundert or Mary Fulbrook’s A History of Germany 1918–2008: The Divided Nation for an overview of German contemporary history in university teaching, Petra Weber's relevant book will probably have a permanent place on many seminar shelves in the future.