The Rise and Fall of OPEC in the Twentieth Century 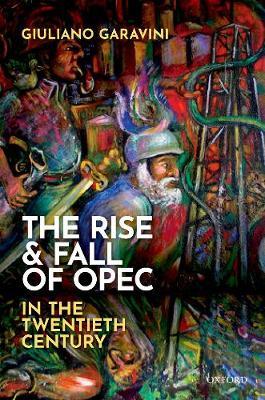 Giuliano Garavini’s history of OPEC’s rise and fall is the first book-length account of the organization by an academic historian. It is a well-needed and important contribution to the growing body of literature on the history of oil and energy that aims to transcend the confines of an American and European perspective. Garavini had access to the minutes of OPEC’s meetings from 1960 to 1986 but, apart from the National Archives of Venezuela and Algeria, had to rely on interviews, Western archives and his excellent command of published sources as well as the existing secondary literature. Hence, his book is simultaneously much more but also less than what can usually be expected of a history of an international organization. On the one hand, in many chapters, his book amounts to a broader global history of oil in the twentieth century, which may serve as a good and nuanced introduction to the field. On the other hand, the development of OPEC itself and, in particular, the strategies of its participating governments remain largely in the dark. This is not the author’s fault, as Garavini lacked access to most of these governments’ archival holdings, but this problem is compounded by his tendency to take their public utterances at face value. This stands in stark contrast to his treatment of the United States and other Western countries where he can rely on internal declassified documents and a well-established body of critical research.

In seven chapters, accompanied by a short introduction, a prologue setting the stage for OPEC’s emergence, and an epilogue of its development after 1986, Garavini presents a chronological narrative. He describes OPEC’s foundation in 1960, spends most space on its assertion as a global power in the energy crises and oil-price hikes of the 1970s, and describes how the organization changed in the 1980s when prices crumbled due to diversification strategies in the consuming countries and new non-OPEC producers. Examining the international cooperation among «petrostates» (defined as states for which oil constitutes the lion’s share of their exports) and «the way they have struggled to negotiate their presence in a world that became increasingly dependent from [sic] the trade in hydrocarbons» (6), Garavini has the difficult task to take the national histories of Venezuela, Saudi Arabia, and the other Gulf States as well as of Algeria and Libya into account. He does this with great care and competence, while also integrating long passages on U.S. and British oil policy. Those are sometimes necessary as a background but also seem to compensate for the lack of sources from OPEC countries and, thus, strengthen the impression that the focus is on oil rather than OPEC.

In general, Garavini assumes a friendly attitude towards OPEC and, despite the rise and fall title, tells a success story. He presents OPEC as the first international organization that consisted solely of countries from the so-called «Global South» which succeeded in re-acquiring control over their natural resources from former colonial powers and giant multinational corporations. Even in the 1960s, when the global oil market was a consumer’s market, the oil price declined less than the prices of other commodities, Garavini points out. In the «oil revolution» of the 1970s, OPEC governments nationalized the assets of the multinational corporations and raised the oil price in order to fund infrastructure projects in their countries, which Garavini emphasizes, while also acknowledging that they increased military spending. Focusing on Algerian president Houari Boumediene, who also chaired the Group of 77, and the official declarations of OPEC spokespeople at the United Nations and elsewhere, Garavini largely buys into their self-presentation as the vanguard of the so-called «Third World» in the struggle for a New International Economic Order. By contrast, he is apparently much more critical with respect to public statements of Western powers. For example, he does not even cite U.S. secretary of state Henry Kissinger’s public statements in which he acknowledged global interdependence and purported that assembling the major oil importing  countries at the Washington Energy Conference in 1974 was only the first step preparing a future cooperation with the producers. Rather, he quotes Kissinger’s secret statements of his intentions to confront the producers by bringing the consumers in line. (p. 233) These may certainly be more revealing than his public  utterances. However, this is a level of criticism, which Garavini does not and cannot apply with respect to OPEC. While it may be true that OPEC governments pursued more altruistic goals, it can hardly be deduced from the public utterances of their representatives. As Garavini acknowledges, OPEC’s help for other developing countries, which were hit the hardest by rising oil prices was fairly limited, even though their contribution was higher as percentage of GDP than in the developed world. (pp. 251, 295). Nonetheless, considering the domestic conditions in crucial OPEC countries such as Saudi Arabia, Iraq, or Iran, Garavini presents the organization too unambiguously as an emancipatory force.

The hero of Garavini’s narrative is Pablo Pérez Alfonso, who as minister of development and later hydrocarbons and mines was largely responsible for the development of the Venezuelan oil strategy. After having studied the workings of the Texas Railroad Commission (TRC), which regulated output on the U.S. oil fields, Alfonzo argued that, in order to improve economic development in his and other petroleum exporting countries, it was necessary to (1) assure «reasonable participation» by the state, (2) create a coordinating committee for hydrocarbon conservation and trade, (3) found a national petroleum company, (4) give no further concessions to foreign companies, and (5) create an international organization resembling the TRC in order to control the oil price (p. 105). Like Christopher Dietrich, Garavini locates this strategy correctly within the contemporary theories of dependency and of how it was possible to overcome the structural inequality and injustice of the world economic order[1]. Yet, Garavini goes even further trying to depict OPEC as a (potentially) ecological force, which developed conservation strategies that could help to address the challenges of the Anthropocene (pp. 9, 88, 210-213). Yet, conservation in the context of oil production meant, above all, the slower and thus optimal depletion of reserves in order to achieve maximum gains and perhaps also benefit future generations. It was hardly connected to today’s worries about the climate consequences of the excessive burning of fossil fuels. While Garavini can present many OPEC voices from the 1970s emphasizing the exhaustibility of oil and other natural resources as well as attacking Western affluent life-style and over-consumption, these can most plausibly be regarded as clever rhetorical strategies to legitimize OPEC strategies before Western audiences where environmentalism was on the rise.

In conclusion, Garavini suggests that OPEC should be viewed as a carbon tax collector and considered a potential partner in the fight against climate change (pp. 389-390). He also suggests that strong state control over the petroleum and energy sectors is generally advantageous as compared to more liberal approaches. In a better world, this may be true, but one may be skeptical that it corresponds to the current realities of petrostates. In the end, the reader is slightly puzzled, as Garavini even suggests OPEC as a model for other raw material cartels, neglecting the singularity of the conditions under which OPEC emerged, which he himself has laid out so well. Despite these reservations concerning the book’s broader interpretive ambition, as well as some weaknesses of copy-editing, the Rise and Fall of OPEC can be highly recommended as an introduction to the history of oil in the twentieth century.