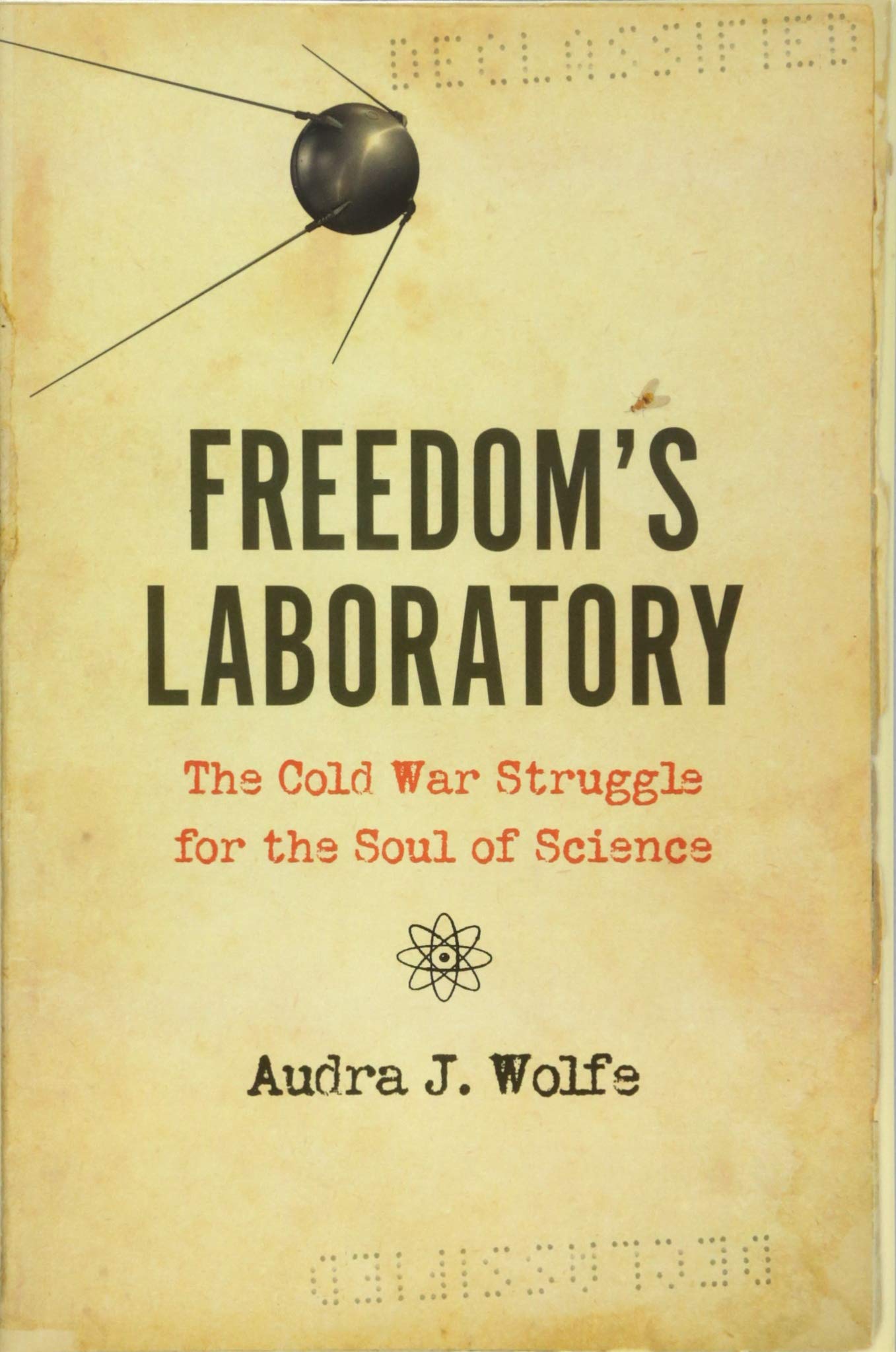 As suggested in the subtitle, after World War II the United States and the Soviet Union engaged in a global competition to win hearts and minds, and «science» was part and parcel of this competition. The ideal of a «free», «apolitical», «good», and «American» science was constructed in order to counteract its assumed opposite, the «political» and «Communist» science. This led to a fundamental paradox, which characterized the U.S. science policies in the Cold War’s first two decades:  American officials at the State Department and the CIA promoted – both overtly and covertly – the ideal of scientific, apolitical freedom in the international arena, in order to pursue specific ideological and political goals – anti-Communist propaganda, defense, security, scientific intelligence – at the national level.

Audra Wolfe’s book is a fascinating and deeply researched journey around this inner contradiction. Through the analysis of different case studies, distributed in chronological order, the author details a variety of methods, enacted with varying success, which resorted to scientific internationalism as a tool to collect intelligence and as a powerful instrument of cultural diplomacy.

In order for US politicians and scientists to frame American science as pure, free and neutral, a foil was needed: and they found it, according to Wolfe, in the Ukrainian-born agronomist Trofim Lysenko, whose anti-Mendelian theory of heredity became, in August 1948, the official, State-sponsored interpretation of genetics in the Soviet Union. US scientists’ campaigns against «Lysenkoism», and the internal debates on the relation between science and politics which accompanied these campaigns, «set the terms of US propaganda involving science for the next twenty years» (p. 18).

The earliest attempts to integrate science into US foreign policy embraced the contradiction inherent in using scientific international cooperation – free, by definition – to provide defense advising and scientific intelligence gathering. The CIA’s Scientific Branch and Office of Scientific Intelligence as well as the State Department’s scientific attachés program fell victims of this fundamental incoherence, but their spectacular failure pointed out an alternative, most reliable, strategy: that of informally debriefing single scientists after their travels or covertly supporting private organizations and private citizens, acting in their roles as private scientists.

The Polanyis’ Committee on Science and Freedom and Eisenhower’s «Atoms for Peace» program, discussed in Chapters 4 and 5, illuminate the complex reality of US government’s attempts to turn international scientific cooperation into a vehicle for the national interests by covertly supporting private individuals and non-governmental partners.

According to Wolfe, the hidden hand of government was particularly difficult to see – and therefore particularly effective – in two distinctive areas: nuclear disarmament and international science education. The chapters dedicated, respectively, to the Pugwash organization and the Asia Foundation (Ch. 6 and 7) are among the most original of the book. Usually described as a group of independent scientists unaffiliated with any government, Pugwash offered a reliable backchannel for diplomats and intelligence officers in both the United States and the Soviet Union. This relationship developed significantly between 1958 and 1963, when nuclear test ban negotiations between the United States and the Soviet Union heated up. The initial focus on technical problems, such as detection of underground nuclear explosions, transformed Pugwash into an informal tool for US scientific diplomacy. The contradictory dual role of US scientists as critics and government advisors reverberated on the organization, producing internal tensions and conflicts. US scientists, like Bentley Glass and Eugene Rabinowitch, endorsed the closer relationship with the government, claiming that Pugwash's technical approach to arms control issues was apolitical and that official connections with the State Department could enhance Pugwash’s political effectiveness. More radical scientists, like Linus Pauling, thought that this same effectiveness depended on its total separation from the State.

In the other revealing case study, Wolfe describes the use of biology textbooks as a propaganda tool intended to lure third world countries away from communism. In the early 1960s, the Asia Foundation – one of the CIA’s largest proprietary organizations – supported the high-school Biological Sciences Curriculum Study (BSCS), a program of adaptation of biology textbooks that taught students to make conclusions based on their own observations rather than on authoritative knowledge. Through BSCS textbooks, the US focus on inquiry-based learning was translated and distributed in more than thirty-five countries by 1971, effectively conveying the empirical and anti-dogmatic approach to science while incorporating local perspectives and building national autonomy as well as education infrastructure. The technocratic enthusiasm for development through science-based education obscured the imperialistic message by encouraging countries to elaborate their own specialized textbook edition: «Lysenko’s name is never stated explicitly in these texts» (p. 144) – Wolfe notes – yet the implicit juxtaposition between 'good' – in other words, objective, apolitical, free – and American science against its compromised Soviet counterpart, ran throughout the program.

In 1967, reports published in «Ramparts», a radical West Coast Magazine, the «New York Times», and the «Washington Post» informed the reading public of the CIA’s relationship with youth groups, organized labor, cultural organizations, and private foundations. Scientific organizations were not included, but plenty of scientists had had contacts with some of the organizations named in the articles. In the late 1960s and early 1970s, these revelations inaugurated a new phase of the Cold War struggle for the «soul of science». In the US, the «Ramparts» reports disrupted what remained of the consensus on the relation between science and politics, paving the way to the New Left’s criticism against the «value-free» notion of science as well as to more radical forms of scientific organizations that «rejected the possibility of a politically neutral science» (p. 173), like, for instance, the group «Science for the People». In the Soviet Union, many human rights activists, who were at the same time scientists – from Jewish scientists denied emigration visas to Israel (refuzeniks), such as Yuri Orlov and Anatoly (Natan) Shcharansky, to Andrej Sakharov, father of the Soviet hydrogen bomb and winner of the 1975 Nobel Peace Prize for his campaigns against nuclear arms – borrowed from their American counterparts the rhetoric of scientific freedom, by reformulating it within the new political and ideological framework of the Helsinki Accords. And this is the last irony of the book, left to the final, excellent chapter: while US scientists increasingly challenged the myth of a free and apolitical science, Soviet dissidents, including Sakharov, marshalled the language of science and freedom to advance their cause. In this sense, U.S. science diplomacy worked. As Wolfe explicitly suggests, Sakharov’s «peculiar success, both as a thorn in the side of the Kremlin and as an international figure, drew in large part from attitudes about scientific freedom that circulated as part of the U.S. ideological offensive during the Cold War. In this small but important way, cultural diplomacy involving science contributed to the eventual downfall of the Soviet Union» (p. 195).

Based on a wide range of primary and secondary sources, Wolfe’s book makes a fundamental contribution to the growing literature on Cold War scientific diplomacy and the transnational circulation of knowledge.