Venice as the Polity of Mercy 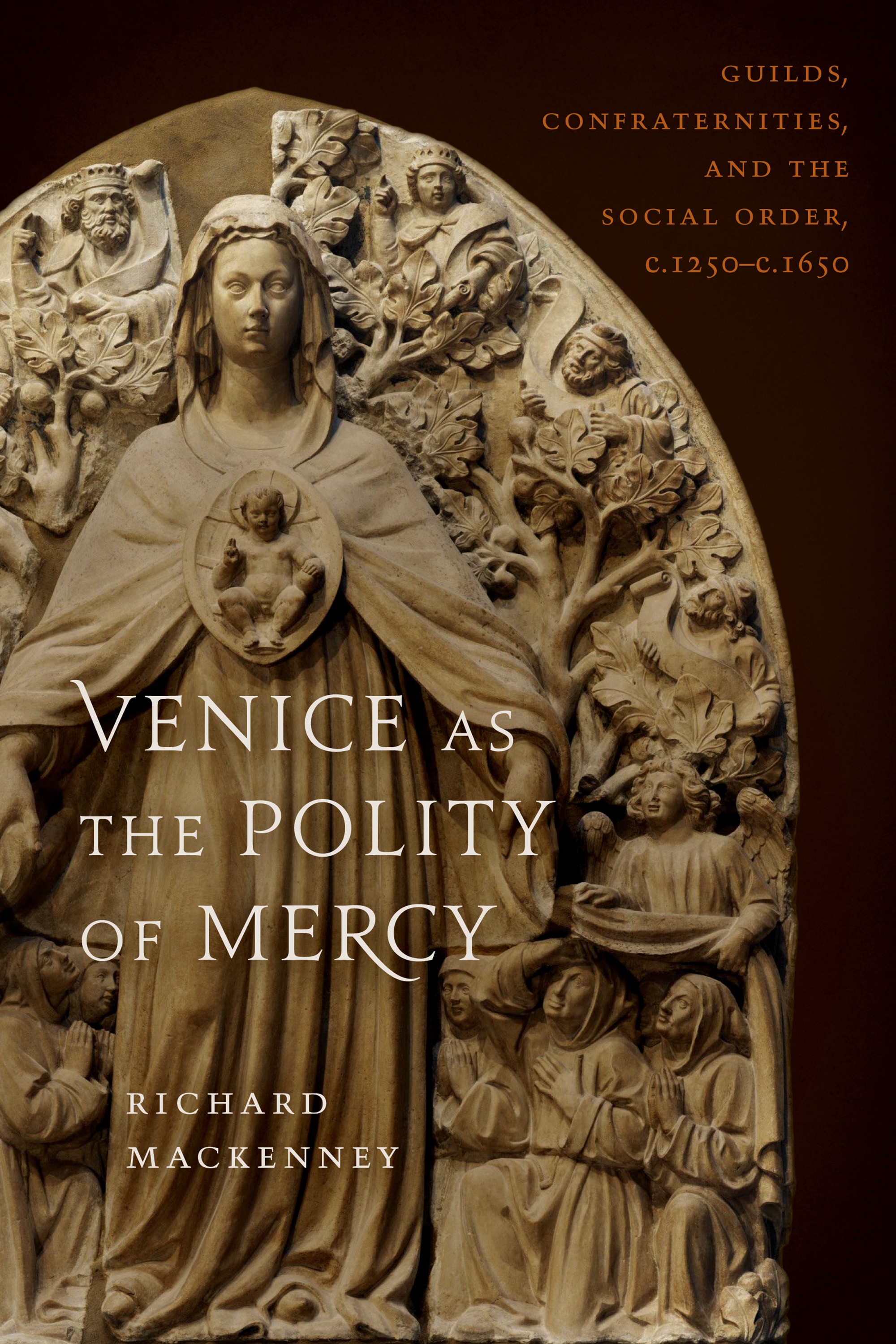 Richard Mackenney's Venice as the Polity of Mercy follows in a vein of scholarly work in recent decades that has sought to restore the Venetian popolani – the ninety per cent or so of the population who were officially excluded from the government of the state – to the center of the Republic’s history. Building on his earlier, important work Tradesmen and Traders (1987) on the Venetian guilds, Mackenney here explores also the vital role of Venice's scuole or confraternities in the society of the Serenissima. Rather than being part of a «patrician master plan» to pacify the lower orders, he suggests that these lay organizations, hundreds of which formed from the thirteenth century on, allowed the popolo to show «suprising levels of self-determination in their economic and religious life» (p. 7), by performing significant charitable work and thereby helping to maintain social order.

According to Mackenney, the rich and vibrant world of the scuole centred on the idea of mercy, as a kind of glue holding both the members of each confraternity and the wider community together. As he writes persuasively, this principle of misericordia had a «strong element of material self-interest … [which] provided both a rationale and an incentive for reciprocity» (p. 11). In good times, members paid their dues to the brotherhood and performed acts of charity, in the expectation of receiving help in their own moments of trouble (being visited and cared for when sick, for example, or the provision of dowries for daughters or material support for widows and orphans).

The early chapters of the book trace the development of the scuole from the Middle Ages to around 1500, unpicking the distinctions between what later became known as the scuole grandi and scuole piccole (the six 'great' confraternities, increasingly favored by elite patronage, and the many hundreds of smaller corporations, usually associated with a parish church), and the scuole delle arti, or devotional confraternities associated with particular professions. Again and again, Mackenney stresses the interaction and overlap between these various types of organizations, and the many opportunities they provided for ordinary Venetian residents, both men and women, to play an important role in charitable and devotional activities. Chapter Three, by contrast, zooms in on another source of Venice's dynamism in this period: the movement of people to and through the city. Mackenney focuses in particular on two important sources that illuminate this mobility, from different perspectives, in the early 1530s. The first is a register of the Giustizia Nuova magistracy which highlights the variety of people staying in the city's numerous lodging houses (Mackenney confusingly calls them «inns», and does not distinguish them from the twenty or so centrally-located osterie which are more appropriately described as such). The second is a body of records from the Arte dei fabbri, or guild of ironworkers, which emphasize the important role of trade associations in managing the flow of migrants to the metropolis from the Terraferma in particular. As Mackenney argues, such corporations probably played a more important role than the government in integrating migrants and helping them to develop a sense of collective Venetian identity, especially at particular moments of influx such as the first half of the sixteenth century.

Later chapters look in depth at the government of the arti and scuole and their continuing development in the sixteenth and seventeenth centuries, with interesting excursions into the impact of Reformation and Catholic Reformation spirituality and politics on these organizations. Throughout, the emphasis is on the inextricable intertwining of economics, politics and religion, as exemplified by the in-depth consideration of the Arte dei marzeri (mercers' guild) and its closely related devotional confraternity, the Scuola di San Teodoro, in Chapter Four. Towards the end of the period, however, this productive interaction began to ebb, according to Mackenney, as Venice's political power diminished and kinship ties became more important than the kinds of cross-societal bonds exemplified by these corporations.

This is an ambitious and extremely wide-ranging work – Mackenney says that he is aiming at a kind of 'total history' in the tradition of the Annales school – that engages with an eclectic array of documentary, literary, and visual evidence. Throughout, there is also much emphasis on the «stones of Venice»: what the surviving cityscape and its buildings can tell us about the history of even its less prominent citizens; rightly, given the significant role of the scuole as patrons of art and architecture. There is a lot of detailed material, for example about the electoral procedures of the corporations, that may prove overwhelming for the non-specialist, while certain points are emphasized again and again, such as the tendency for historians to draw too great a distinction between the «scuole grandi» and «piccole». Nonetheless, this book is a treasure trove of fascinating examples and information. Ultimately, it makes a powerful and convincing argument that Venice's long-lasting stability should be attributed less to the solidity of the patrician-centric constitution and more to the movement and dynamism of the popolani who «played a significant role in the historical destiny of the polity» (p. 7). As Mackenney writes with typical flair, in their provision of welfare and mutual support, the guilds and confraternities, largely created and managed by ordinary people, «formed the tough fibres of some of the most notable durabilities in the history of the Venetians» (p. 75).