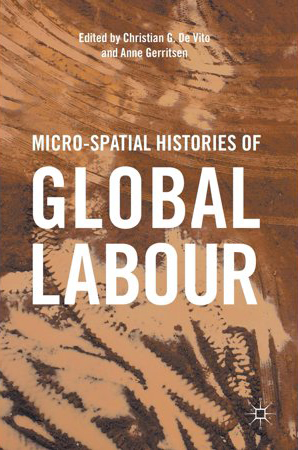 This collection of essays offers an excellent introduction to a recent trend in global history: that of bringing the global perspective "into a productive engagement" (p. 1) with the practice of microhistory. As advocated by historians such as Francesca Trivellato, Maxine Berg and Jean-Paul Ghobrial, this approach counters a prominent tendency in global history to adopt a macro-analytical perspective and draw broad generalizations with little attention paid to local particularities. The editors of the volume under review have coined the term "micro-spatial history" to articulate instead the need to combine "micro-analysis with a spatially aware approach" (p. 2) and to propose "a research strategy ... that exceeds the local boundaries by closely 'following the traces', connecting multiple contexts by exploring the circulation of individuals, objects, and ideas" (p. 9). The essays included cover a range of case studies from the Middle Ages to the twentieth century and span most of the globe, but in different ways demonstrate the value of this central idea.

The editors have chosen to focus on the history of labour as recent work in this field displays some examples of the micro-spatial approach and yet still, they argue, remains particularly ripe for further theorizing along these lines. As such, the essays provide valuable new perspectives on core themes such as experiences of slavery and captivity, the development of proto-industry, labour relations and gender, and distinctions between free and unfree labour. Other pieces stretch the boundaries of this field in interesting ways, as in Marcocci's exploration of the spiritual labour of Jesuit missionaries in India and Brazil.

Again and again, these contributions demonstrate persuasively the need for historians to understand both the local and global scales, and to make connections between the two. Gerritsen's investigation of porcelain production in Jingdezhen, for example, shows how "the global connectedness of the Ming empire ... played out at the local level" (p. 126) in the area's porcelain kilns, while Caracausi explores the commodity chain of woollen production that linked Padua and its province to other locales across Italy, Europe, and the Mediterranean, from the sheep's back to the finished article of clothing. Comparisons across time and space, both within and across the essays, illustrate the connections between different places but also their on-the-ground particularities, as in Di Fiore and Rolle's study of eighteenth-century Turin and the Kingdom of the Two Sicilies and the Papal State in the nineteenth century.

A common theme that emerges is that of the variety of forms of trans-local mobility in which all kinds of individuals engaged well before the modern period, from seasonal workers to transported convicts, religious missionaries to merchants. The research presented allows us to see how cross-border movements created networks and fostered individualized senses of space and identity. Examples such as Canepari's study of migrant workers in early modern Italy in particular reflect a new attention in migration studies to exploring different spatial contexts from migrants' own perspectives rather than focusing exclusively on a "sending" or "receiving" society. Other essays use the micro-spatial approach to show how migration was promoted, channelled or controlled by institutions such as guilds, penal systems, imperial projects, religious networks and law courts, or how spatial mobility often went hand in hand with cultural or social mobility, or changes of labour status. Given this underlying theme, it is only a pity that the contributions, apart from a thought-provoking essay by Mitsiou and Preiser-Kapeller, do not engage more explicitly with the so-called "mobility turn" and consider how it, alongside the spatial turn, can advance historical research.

As well as contributing a significant new perspective to global history, this collection also demonstrates the continuing vitality of the microhistorical approach and indeed breathes new life into this tradition. For example, it borrows in particular from the Italian tradition of microstoria the aim "to define categories, spatial units, and periodisations by the perspectives and actions of historical subjects themselves" (p. 5). This results in explorations of how both time and space were conceived of by historical actors, thanks to the close analysis of fascinating bodies of sources, such as the petitions sent by former captives to the Spanish crown studied by Tarruell, or the sixteenth-century gazetteer of Jiangxi province examined by Gerritsen. The approach also leads to the questioning and rethinking of both state borders and traditional boundaries of periodization. Indeed, some of the richest pieces here explore case studies from the late medieval and early modern period, thus making space for a 'global history' even before the first age of globalization.